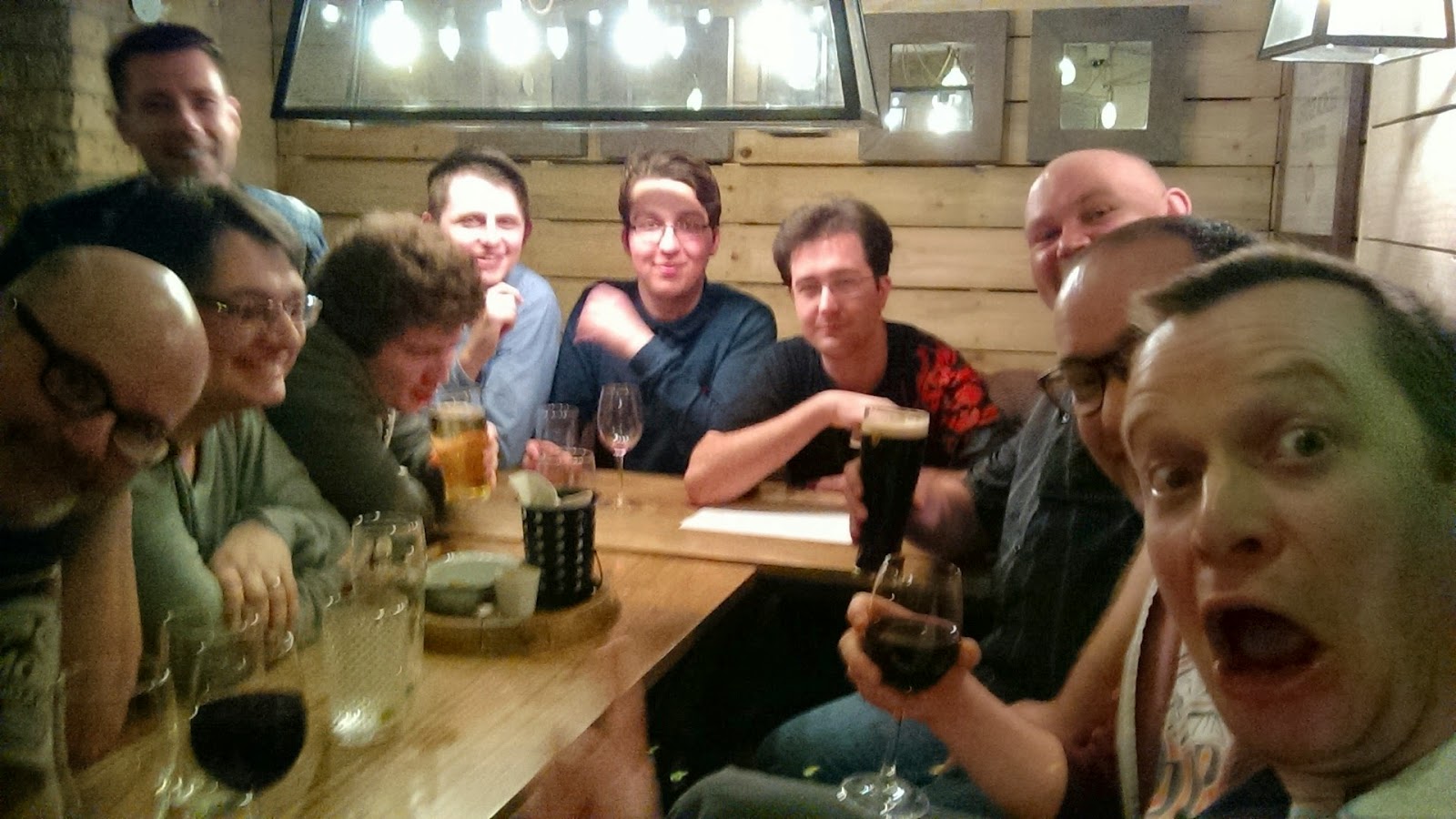 "'Friends, Romans, and countrymen, lend me your ears!'
(They were all of them fond of quotations:
So they drank to his health, and they gave him three cheers,
While he served out additional rations)."
- Lewis Carroll

So, #MiniMeet happened on Saturday, fun was had, and photos were requested. Yes, that's me on the right. Before you ask, it's my "taking a group selfie for CCP Guard" face. 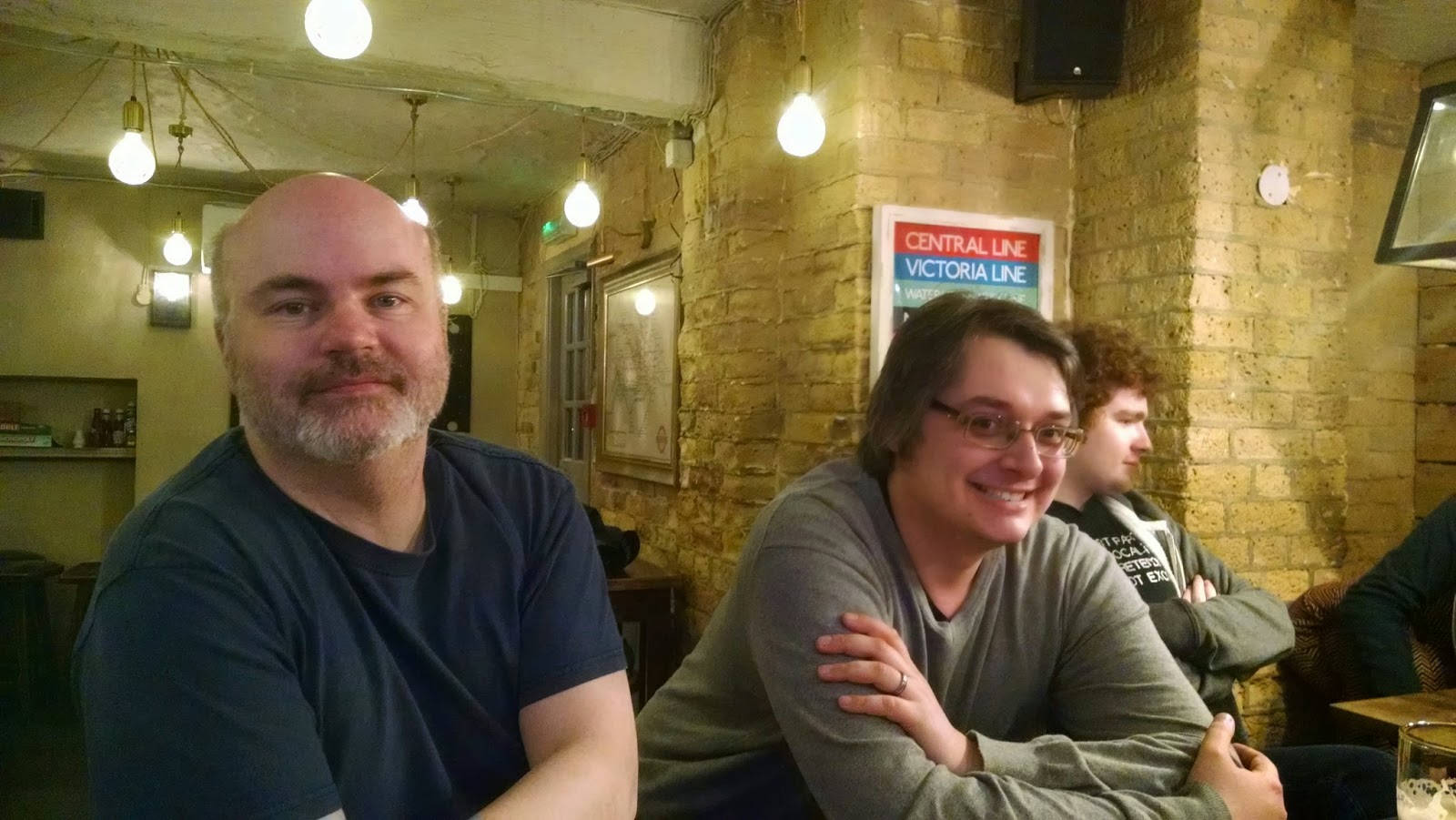 Acuta Hawkwood (left) assumes the role of paterfamilias, reassuring me that I am not the oldest person present, and Aelisha accepts the prize for Person Least Physically Resembling Their Avatar with buckets of self-deprecating charm. 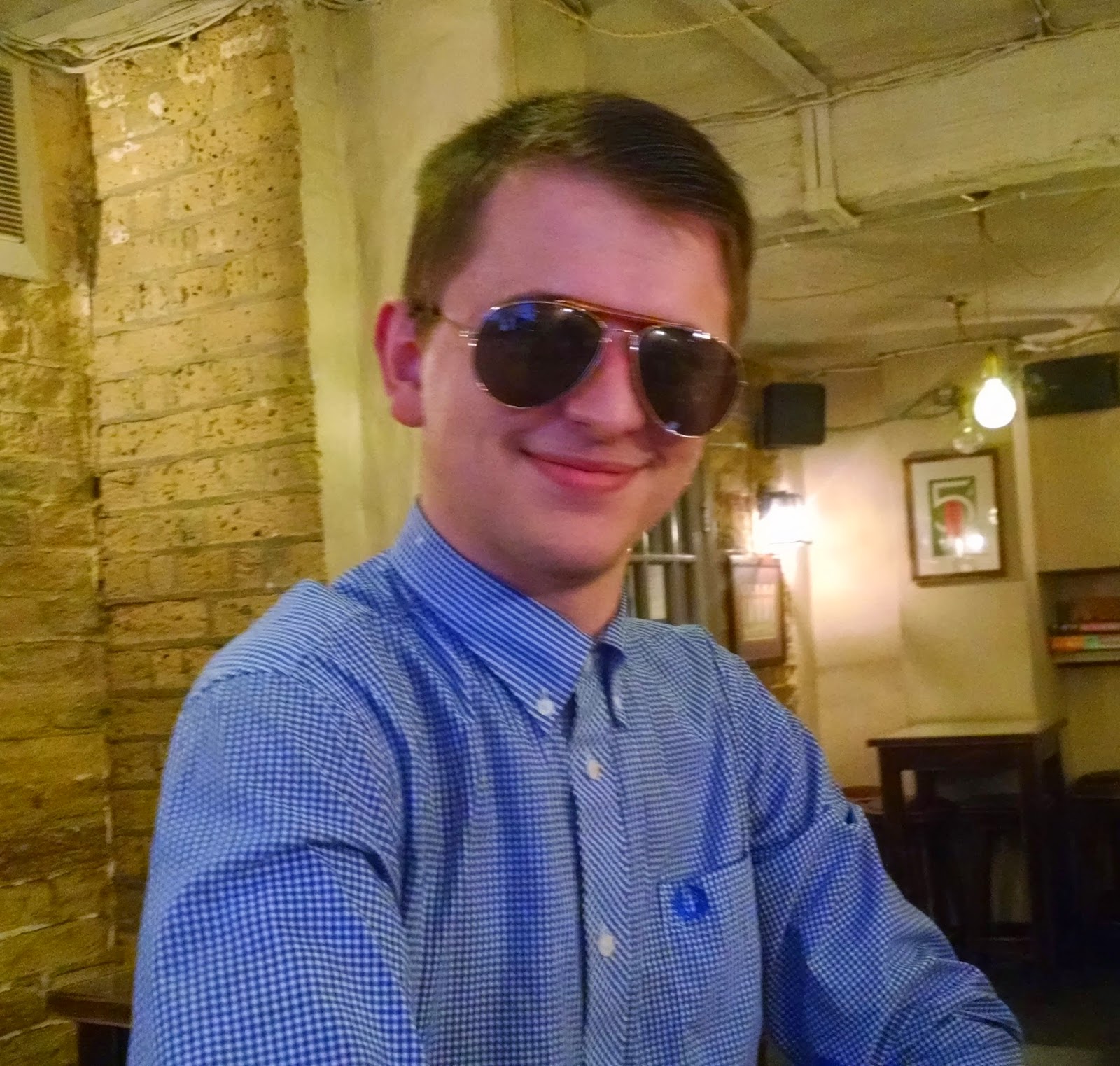 MantelGlobalIndustries is apparently legendary for his outstandingly posh English accent, and something of a heart-throb. There can be no doubt that he wears his aviators well. 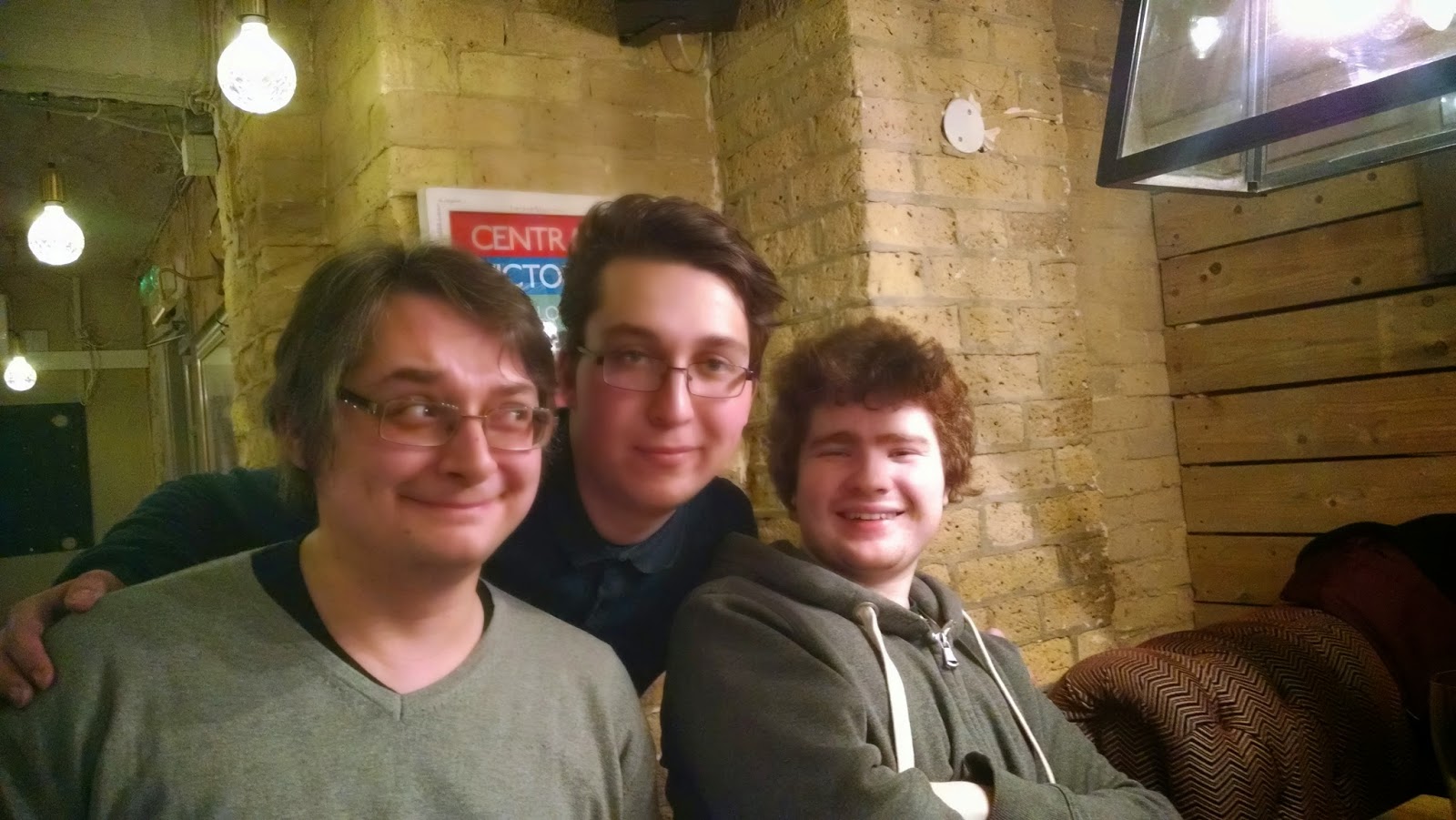 Jakemiester, above, demonstrates a Blops hotdrop for the edification of the gentlemen from the Achura-Waschi Exchange. Zanzibar Heroshima (right) isn't alarmed - his main flies with PYRE, who are apparently a bunch of PvP badasses. Apparently. 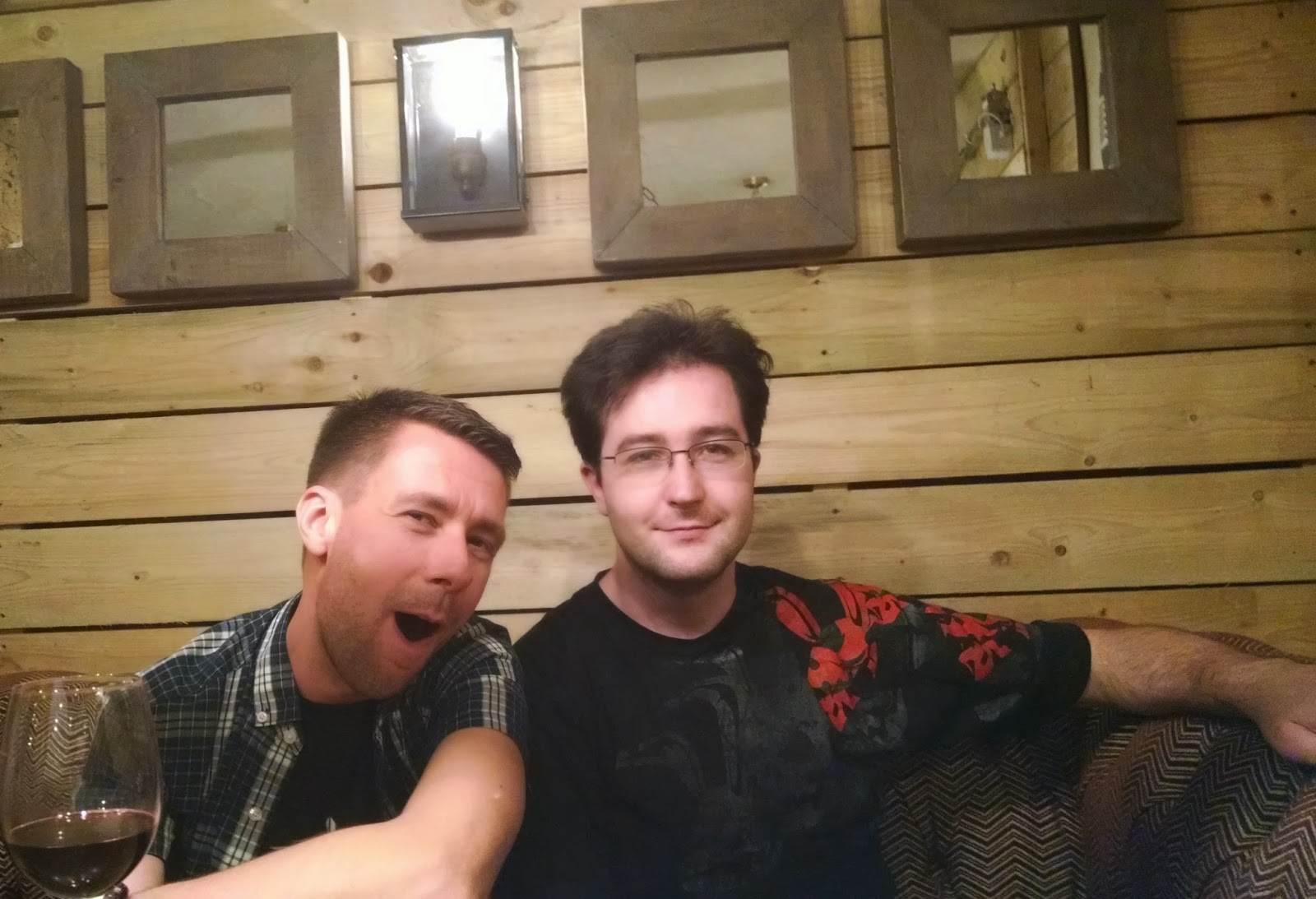 Jerry Aquinas and Amrithis vied to out-handsome one another. A close-run thing. 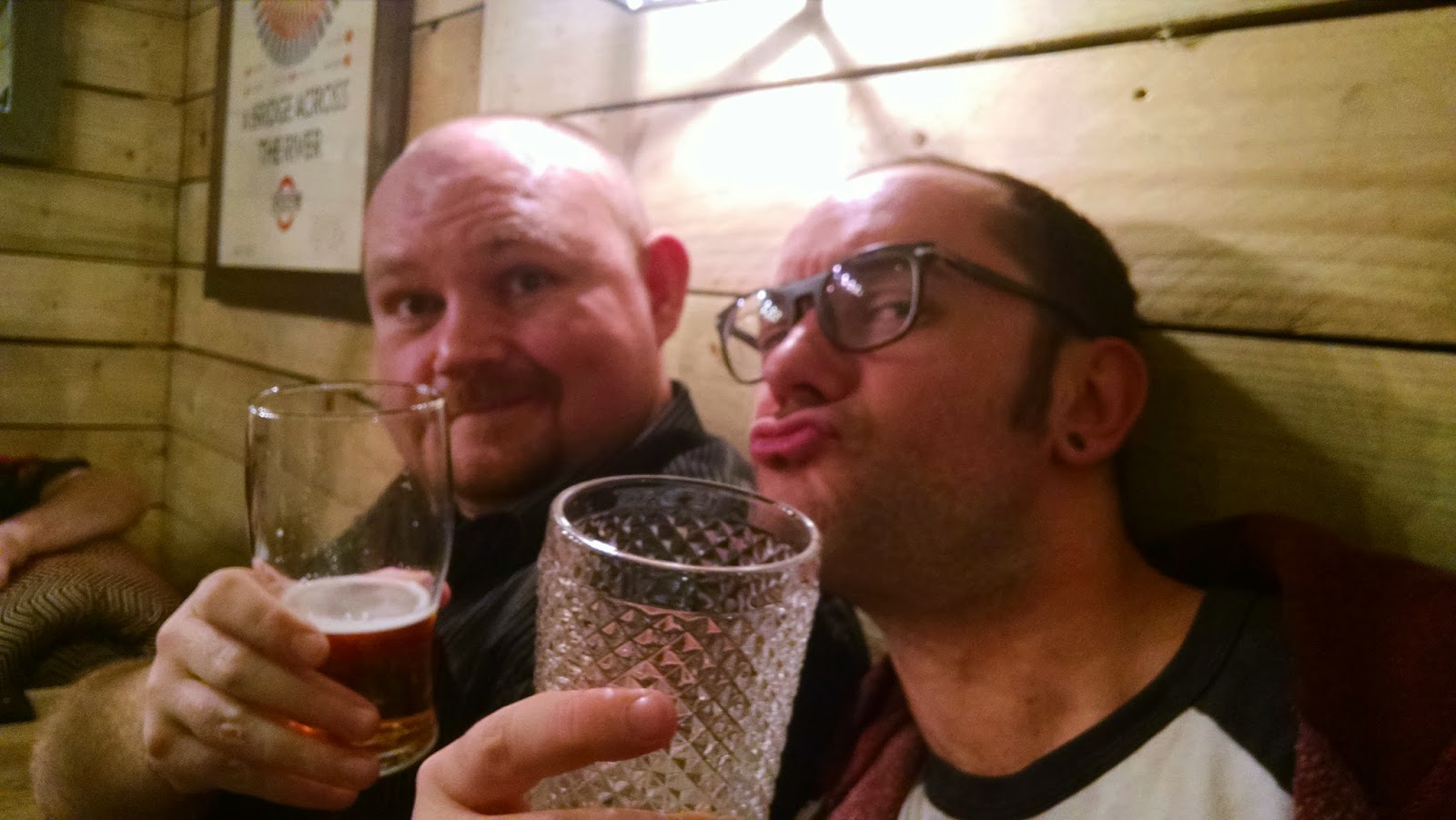 Fenris Hakaari (left) won the prize for Person Most Physically Resembling Their Avatar, though the shades were sadly absent. Kaldo Dressen distinguished himself by being the only attendee currently flying with an NPC corporation. 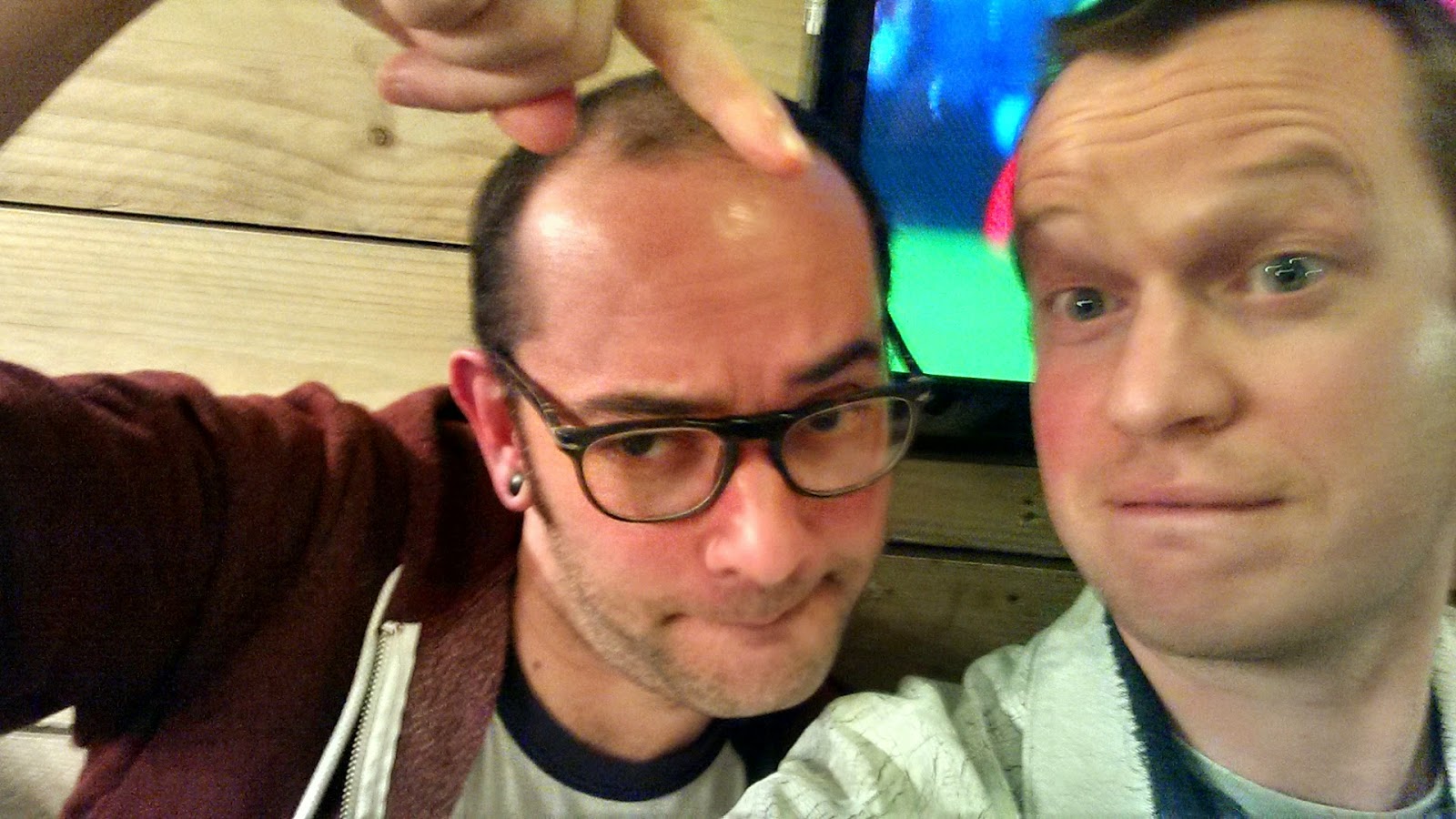 Having established Kaldo's enthusiasm for exploration and lack of interest in PvP, I explained the concept of NPHI fleets, and encouraged him to contact Signal Cartel. 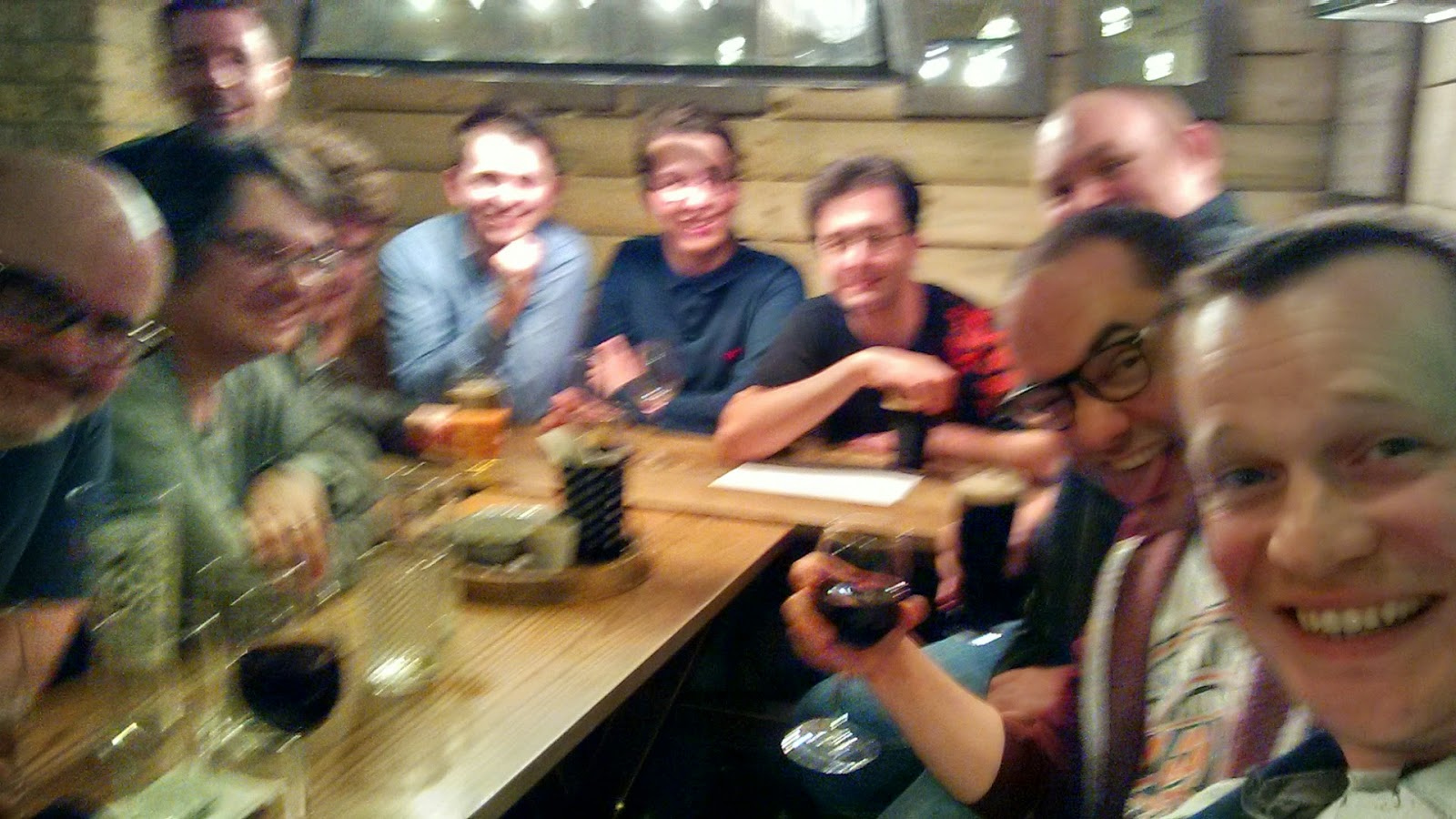 There was much earnest discussion of internet spaceships, consumption of intoxicating beverages, and merry revelry; it has been years since I have had this much fun in the company of so many hairy men. Thank you all for smelling so nice! Captured here is roughly how we felt by the end of the evening: somewhat blurry, but having fun.

Voth Communication Services thanks you for staying classy.

Neck-deep in the sandbox.