"Soon they had enough derogatory information on Major Major to do whatever they wanted to with him. The only thing they could find to do with him, however, was take him into the army as a private and make him a Major four days later so that Congressmen with nothing else on their minds could go trotting back and forth through the streets of Washington, D.C., chanting, 'Who promoted Major Major? Who promoted Major Major?'
"Actually Major Major had been promoted by an I.B.M. machine with a sense of humor almost as keen as his father's." - Joseph Heller, Catch 22 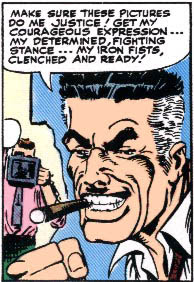 I've been readjusting my schedules lately, following a rash of promotions - hence the quiet on the blogging front. In approximate order of enthusiasm:

I joined the Neocom as a writer, but quickly got bumped up to editor, as Proto realised that I can spell and create html tags. Since the podcast and other aspects of the website keep him very busy, he was more than happy to offload the content management part of his job to me. This has actually been rather fun! I've been impersonating John Jonah Jameson in skype chat, messing with other people's syntax, twiddling intros and conclusions, and generally trying to make sure that the Neocom articles come out reasonably polished and readable without undue pain to the posterior inferior frontal gyrus.

This has come with various odd extra jobs, including a role in the podcast itself (squee!) and most recently, a minicast slot. I've been toying with the idea of podcasting for years, but it's taken the Neocom to push me into getting my toes wet. I am having more fun with it than anyone should be allowed.

Secondly, CAIN leadership has promoted me from Midshipman (presumed corp thief) to Lieutenant Junior Grade (possible awoxer). After 18 months in the corporation this isn't an utterly deafening vote of confidence, but I'm not terrifically active in-game, so I shan't complain. I do now have access to the hangar with tech 2 equipment in it.

Finally, in real life, my half-employer (I also work elsewhere) gently encouraged me to apply for my boss's job. Again, this isn't wildly flattering, as I was about the eighth person to be asked, and to politely but firmly refuse; it's a sign of my relative inexperience that I seriously considered it for a few minutes. This would be a rather stressful nine-to-five job, coming with what on paper looks like a substantial pay raise, but when you work it out is actually a lower hourly rate. It would in fact have given me more time to play EVE with my EUTZ corpies, but it would have nipped my other EVE activities in the bud, and - here's the clincher - I'd hardly ever see Mrs Voth, who works evenings and weekends.

Life remains very good: I love my real life job, and I would have been miserable if I'd accepted the promotion at work. But EVE is where the exciting stuff is happening right now; so much so that I'm messing with my schedule, trying to get back to having time for this blog as well as all the exciting new squirrels I have to chase. Bring it!

Voth Communication Services thanks you for staying classy.

Neck-deep in the sandbox.